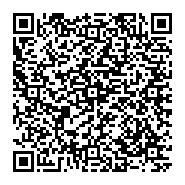 The material on winter migrations of birds on the territory of the Tomsk airport is presented in the study. The urgency of the work is connected with the importance of territorial attachment of birds and their danger level for civilian aviation. The research is based on the data of catches and birds tagging by numbered and colored rings in the period from November 9, 2016 to April 12, 2017. Totally 261 birds were caught and 30 returns were received. It is shown that fodder flocks of birds are formed on the territory of the airport in the winter season consisting mainly of a great tit (Parus major L.) and a bullfinch (Pyrrhula pyrrhula L.). The biggest attachment to the territory is demonstrated in December and February. In March there is a migration process, however, in the following many overwintered on the airport locations form nidicolous territories here.