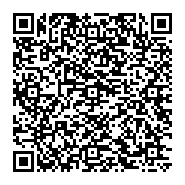 The study aims to historically evaluate and analyze the climate changes of the Ternopil Plateau in 1961-1993 basing on average annual indicators. Nowadays, climate change is one of the most up-to-date problems for the world community. We analyzed the data of long-term observations of various climatic changes at the weather station in the late 20th-early 21st century. We highlighted specific conditions that significantly affect the thermal regime of soil and air, air humidity, and atmospheric pressure, determining weather conditions like wind, cloudiness, and precipitation on the Ternopil plateau. The research methodology is based on the principles of climate monitoring in Ternopil conducted for about 140 years. The first data on average annual temperatures were published in 1881, but the observations are incomplete since interrupted periods during World Wars I and II. The article analyzes the published data of the 1961-1993 period and material collections from the Ternopil weather station. This work has applied methods to analyze the primary meteorological data for 1991-1993 and search for evidence of their interconnection. The influence of landscape conditions on the indicators and meteorological data distribution has been analyzed. The scientific novelty lies in the fact that the historical analysis of climate changes of the Ternopil Plateau in 1961-1993 basing on average annual data has been done for the first time in 32 years and corresponds to the climatological norm. On this basis, we can conclude the statistical parameters and tendencies of climate changes of the Ternopil plateau landscape. The city of Ternopil has the status of a regional center and has a significant influence on the topoclimatic feature formation due to its size. The weather forecast measurement in Ternopil is 49° 32' N lat., 25° 40' E long., the altitude is 327 m above sea level. Based on climatic materials published in «Meteorological monthly journals» and material collections, the climatic specificity of the Ternopil weather station as a representative object for the Ternopil plateau landscape (the period of 1961-1993) has been analyzed. According to climatic indicators, we can conclude that the dynamics of the Ternopil plateau's climate changes during this period affect the changes of landscape components (soils, flora and fauna), people's economic activity, characteristics, and intensity of dangerous natural phenomena.