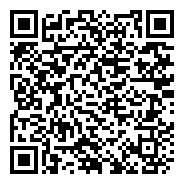 In the industrial pig farm for 26 thousand heads, the analysis of the influence of a forage factor on bacteria carriers of a uterine pig population in connection with mass morbidity of dairy piglets on anaerobic enterotoxemia is carried out. Actinobacillus pleuropneumonia, Pasteurella multocida, Clostridium perfringens, Neisseria spp., Candida albicans, Aspergillus niger which are able to form biofilms, were isolated from five samples of “SK-1” compound feed for pregnant sows and from the blood of animals (n=20) fed with this compound feed. The structural basis of the most stable biofilms in vitro were the aerobic fungi Aspergillus niger and Candida albicans. Biofilm-forming variants of these bacteria showed multidrug resistance to 30 antimicrobial drugs (synthetic penicillins, cephalosporins, fluoroquinolones, aminoglycosides, tetracyclines, combination drugs). Isolates of associative microflora isolated from the blood of sows were pathogenic for 30% of laboratory mice. It was found that probiotic agent No1 (composition based on Bischofite with probiotics) showed the universal bactericidal activity against the bacteria Actinobacillus pleuropneumonia, Pasteurella multocida, Clostridium perfringens, Neisseria spp.