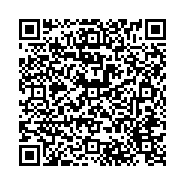 Breeding habitats of blood-sucking mosquitoes (Diptera, Culicidae) in the south of Tyumen oblast

Here we presented the results of surveys of various water bodies in the south of the Tyumen oblast for registering the presence of larvae and pupae of blood-sucking mosquitoes. We revealead the breeding habitats of 10 species from 3 genera - Anopheles, Ochlerotatus, and Aedes. We registered that O. cantans has the greatest ecological plasticity, which populates most of the water bodies surveyed. Preimaginal phases of development of blood-sucking mosquitoes were found in temporary reservoirs formed as a result of melting snow, or floods on rivers, roadside ditches, in swamps and swamps and in river floodplains. The appearance of the larvae of the first stage of development in reservoirs depends on the meteorological conditions developed in the season, and primarily on the water temperature. We established that the mass hatching of larvae from eggs begins when the water is heated to 6.5-8°C. We also recorded the maximum density of the larvae in a small forest swamp where there were 80 individuals per 1 m2 of water surface. The rate of development of larvae and pupae depends on the temperature of the water and species. We suggested that the development of blood-sucking mosquitoes from the moment of larva hatching from the egg to the imago appearance took 30-70 days in the conditions of the south of the Tyumen oblast.