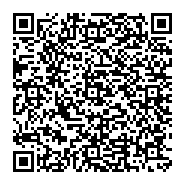 The analysis of the common partridge number dynamics during the first 15 years of the XXI century testified to its moderately fluctuating type with a tendency to dynamic reduction from 2000 to 2007. During the next 7-year period, there was a certain stabilization of the local population, which formed the lower plateau of indices within the range from 3.72 to 4.77 thousand individuals in 2007 and 2014, respectively. A 4-year cyclicity in changes of the local partridge cenopopulation dynamics was revealed. In general, 1-4 years of recession were followed by 1-2 years of relatively insignificant rise. It is worth noting, almost every subsequent peak did not reach the level of previous ones. The amplitude of fluctuations between the maximum (10.65 thousand specimens) and minimum (3.72 thousand specimens) values of the calculated birds in the regional lands was 6.94 thousand specimens, or 65.1% of the maximum. The mean density of birds in the lands during the study period was only 2.3±0.03 birds/thousand ha, with fluctuations from 5.3 to 1.8 birds/thousand ha. The duration of the period between the maximum (2000) and minimum (2007) numbers was 7 years, and the mean number for the study period was 4.63±0.057 thousand birds in the total area of over 2,018 thousand ha. At that time, during the study period, the upper population plateau was not recorded at all. Such changes are most likely due to the high degree of "predation" of the common fox, mass poaching, weak biotechnical measures, unsatisfactory natural fodder base in critical periods of the year and non-compliance with agricultural standards by farmers.