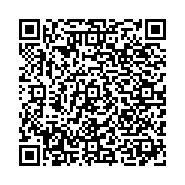 Environmental Impact Assessment Of Distribution Substations: The Case Of Phytoindication

In present article the synphytoindication of environmental conditions formed in the areas of power substations and set the direction of environmental transformations caused by soil contamination substations technological oil have been performed. Studies have been conducted in the autumn of 2016. Relevés have been made on 19 power substations. Geobotanical description have been within each sub-station separately for control site, which has not experienced the negative impact of oil spills and technological area with obvious traces of the spill process oil. Moreover, the substations within the description made in additional areas. The total number of relevés is 51, of which 22 are in control conditions and 29 are in process oil contaminated sites. In terms hygromorphes investigated edaphotopes can be attributed to those that are favorable for plant environmental group sub-mesophytes. The variability of damping forms the regime that are favorable to the ecological group of hemi-hydrocontrastophiles. The soil acidity forms favorable regime for sub-acidophiles. Th total salt regime may be stated as being favorable for mesotrophes. The regime of the carbonate content in soil may be attributed to those that are favorable for acarbonatophiles. The nitrogen content in soil are favorable for hemi-nitrophiles. The soil aeration is favorable for sub-aerophiles. The thermal climate of ecotypes can be considered as immoral. In the study area the radiation balance of 2045.3 MJ • m 2 • hr-1. The humidity can be evaluated as such, which is favorable sub-aridophytes. The difference between the amount of precipitation and evaporation according to phytoindication is –299.1 mm. The continentality of climate can be estimated as hemi-continental. The phytoindication evaluation reveals that the temperature of the coldest month is –4,8 ° C. The light mode is heliophyte friendly. The synphytoindication method has been shown to be a quite informative for environmental regimes detection due to anthropogenic transformation of ecotops. Ability to use tools phytoindication designed for natural ecosystems, for the purposes of the environmental assessment of anthropogenically transformed areas, caused by non-specific nature of the response of communities living organisms on pollution. Against the background of the natural gradient, which is subject to environmental conditions in the relevant part of the steppe zone, where power substations are studied, and their vegetation cover reflects some of the specific features inherent in this is man-made formations. First of all, it thermal climate whose valuation is impossible to explain the relevant gradients. This feature of the thermal climate accompanied by increased light mode and an increased level of human-induced soil aeration. We obtained evidence that pollution leads to unification of ecological structure of the plant community. Under the influence of pollution there is a transition to a final state, which is to some extent independent of the initial ecological diversity of communities. Unification of ecological structure of vegetation under the influence of soil contamination with oil technology is a testament to the unification of the environmental conditions.