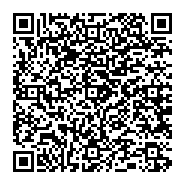 Research data of the influence of biological preparations on cultivation of table beets are highlighted. Priority related studies were phenological observations, yield and biometric measurements of beet roots. It is proved that biological preparations and varietal features influence the phenological phases of growth and development of table beets. In the initial stages of table beet plants growth and development there were no significant changes between phases. Further study of the phenological phases of growth and development of table beet plants showed the effect of biological preparations on their occurrence. The molting phase was previously observed using Organic Balance+Azotophyte+Liposam, which is 2 days earlier for the control variant. The phase of intensive root growth and the phase of technical maturity were also noted earlier with the use of Organic Balance+Nitrogen+Liposam: in the Red Ball variety-09.06 and 17.07, in the Pablo F1 hybrid-07.06 and 15.07, which was 2-3 previously obtained by control variants. The interphase period "mass germination-the end of the growing season", also shorter, was the option for the application of Organic Balance+Nitrogen Fitness+Liposam-66 days. Whereas on the options without treatment, it was 69 days. The highest yields were recorded with application of Organic Balance+Azotofit+Liposam: in the Chervona Kulia variety the increase was 7.1 t/ha, in the Pablo F1 hybrid-10.3 t/ha relative to the control. The use of the Organic Balance+Azotofit+Liposam complex provided a 45 g root mass increase in the Chervona Kulia variety, in the Pablo F1 hybrid-30 g compared to the control. With the use of the Humifrend+Azotofit+Liposam complex, the increase made up 30 g in the Chervona Kulia variety and 25 g in Pablo F1 hybrid. Indicator of root diameter was in the range of 8.4 and 9.0 cm. The use of the Organic Balance+Azotofit+Liposam biological preparations complex contributed to the increase in this indicator, in particular in the Chervona Kulia variety-by 0.4 cm, in the Pablo F1 hybrid-by 0.5 cm. The increase in root diameter with the use of Humifrend+Azotofit+Liposam was slightly smaller and amounted to 0.1-0.3 cm. Humifrend+Azotofit+Liposam contributed to the increase of this indicator relative to control by 0.3-0.2 cm.