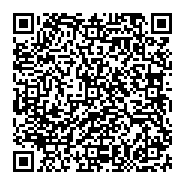 Impact Of Provincial Water Management On Environment And Social Welfare In West Of Zayanderood Basin, Iran

Water is the important limitations of management in Zayanderood basin. Adoption and implementation of basin water management bill as provincial in the parliament in 2006. Zayanderood basin management became a dual management and increased the environmental degradation for agricultural production in the west of the basin. The aim of this study is to investigate the impact of the non-expert decision of managers on the environment and water in the west of the Zayanderud basin. So, land cover changes were investigated using Landsat images in the basin from 1993 to 2015. Then, the cost of the destruction of rangeland was estimated in this area for agricultural development. In this study, some of the indicators for measuring the economic values of ecosystems have improved compared to previous studies. Results showed that the change cover land is increasing quickly, while water scarcity of Zayanderood basin has remained in critical condition. Also, an economic value of at least US$1179.77 per hectare was delivered to people in 2015 by the rangeland and the cost of destruction rangelands was $10,247.3 per hectare over the last decade. The total cost of the destruction of rangelands was calculated around US$ 21,341,342.5 from 2008 to 2015 in this area. The result showed the impact of natural resource services destruction on person's welfare. So, proposed to the decision makers to consider the economic value of rangeland for assessment of agricultural development projects, because the projects with high social costs is not adopted in this area.