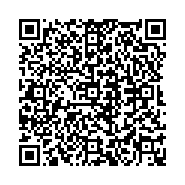 The microbiota of winter wheat seeds from the North-East of Ukraine was studied by a biological method. Its considerable variability is established over three years (2017–2019). The effect of the treatment agents on most microorganisms of wheat seed microbiota in Ukraine, rather than on its genera and species, is shown. It has been proven that fungicides deleted some species and did not affect the development of others. Chemicals replaced some species or genera of fungi with others or even other microorganisms. Biological seed treatment (Phytosporin-M) has caused less microbiota change than chemical treatment (Maxim 0.25 FS, Rostock, Kinto Duo). Fungicides have replaced the dominance of Alternaria spp. (2017 – 57.8%, 2018 – 63.5%) for the dominance of yeast (Rostock – 54%) and Aureobasidium pullulans (Maxim 0.25 FS – 84.2%) in 2017, bacteria (Maxim 0.25 FS – 72.3%, Rostock – 53.8%) – in 2018. A. pullulans dominated in the microbiota of winter wheat seeds in 2019. The highest amount of A. pullulans was noted for the treatment of seeds by Phytosporin-M (85.9%). The biological seed treatment reduced the amount of Nigrospora spp. and Alternaria spp. Several times (3 and 5, respectively), chemical agents did not give Nigrospora spp. germination reduced the amount of A. pullulans, Alternaria spp. in 2019. Maxim 0.25 FS, Rostock 50%, and Kinto Duo delayed seed germination and seedling development on agar medium and soil, whereas Phytosporin-M – on the contrary, promoted the growth of seedlings and significantly exceeded control.

Baybakova, E.V., Nefed'eva, E.E., & Belopukhov, S.L. (2016). Assessment of the influence of modern protectants on the germination of seeds and growth of seedlings of grain crops. Proceedings of Universities. Applied Chemistry and Biotechnology, 6(3), 57–64 (in Russian). PDF