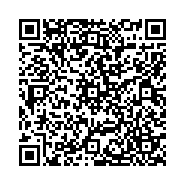 In this paper we summarized the published data on distribution, migration and accumulation of chemical forms of germanium in natural environment. Despite the germanium is found in lithosphere, hydrosphere and atmosphere it is one of the least studied elements. It belongs to rare scattered elements with a relatively high migration capacity in the earth's crust and on its surface. Depending on the physical and chemical conditions, germanium possesses different properties, which determines the variety of ways of its migration. The nature and form of migration of germanium is not determined only by its chemical properties but also by interaction with various underground water addendums, the granulometric and chemical-mineralogical composition of soil-forming rocks and soils, biogenic and technogenic processes. The content of germanium in natural waters, soils and plants can vary widely and depends on many factors. In particular, its concentration in groundwater and surface water depends on the natural geological environment, pressure, temperature, meteorological and anthropogenic factors; soil by their type, region, features of soil-forming processes, chemical composition of the parent rocks, climatic conditions and amounts of organic substances; in plants by their species and varietal facilities, the growth stage of the plants, the availability of soils by this element, the forms of germanium compounds in the soil (inorganic or organic), the ability of soil to retain labile form of germanium and climatic conditions. We also underlined the insufficient level of germanium in human body due to low concentrations in the food and water. However, we suggested that any products with a high content of germanium may pose a risk to human health through its toxic effects.