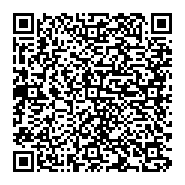 Over the course of 2007-2015, the department of the irrigated agriculture had been conducting research in the area of the Ingulets irrigation system on the experimental fields of the Institute of Irrigated Agriculture of the National Academy of Agrarian Sciences of Ukraine (NAAS), which were established in 1996, with the aim to develop and scientifically substantiate agroecological and technological methods for crop rotations on the irrigated lands of the Southern Steppe of Ukraine that will ensure soil fertility, increase crop productivity, economic and energetic efficiency. In 2007-2010, studies were conducted to substantiate the systems of basic tillage using different ploughing tools. The 4-field grain-row crop rotation 1 included winter wheat with post-harvest cultivation of millet, corn, soybeans and spring rape. Five studied systems of basic tillage differed in methods, techniques and the depth of soil loosening. In 2011-2015, grain-row crop rotation 2 entailed soybeans, instead of spring rape seed, and winter barley with post-harvest cultivation of millet, instead of winter wheat. Five studied systems of basic tillage differed in the depth of soil loosening and non-renewable energy costs for their implementation. Experiments were performed under conditions of two organo-mineral fertilizer systems using by-products of crop rotation, fertilizer application in doses of N75P60; N97, 5P60 and inoculation of soybeans with microbial compounds. Following crop rotations 1 and 2, a decrease in humus content within the 0-40 cm soil layer to the level of 1976, 110.2-114.4 t/ha, was observed. To prevent further decline in humus content, an optimization model was developed by capping specific weight of soybeans in short-term crop rotation 25%, stubble plowing the stem and leaf mass of crops as well as applying fertilizer quantities corresponding to the expected yields. With the help of mathematical modelling, it was determined that the retention of post-harvest plant remains in soil and the application of nitrogen and phosphorus fertilizers increased humus content in soil used for growing rape by 0.3%, winter wheat – by 0.7%, and corn – by 0.9%.

Asfaw, S., Maggio, G. (2016).Gender integration into climate-smart agriculture.Tools for data collection and analysis for policy and research.Food and Agriculture Organization of the United Nations Rome.