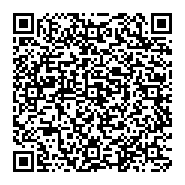 The effect of a combination of chlormequat chloride and growth stimulator treptolem (1:1) on the donor - acceptor relationship, productivity, anatomical, morphological features and functioning of the leaf apparatus of poppy oil plant (Papaver somniferum L.) is studied. The treatment of plants by spraying a combination of preparations during the budding period led to an increase in the crop productivity. The redistribution of the flow of assimilates towards the fruit formation occured due to the increase in the number of leaves, the extension of their life, the formation of a larger leaf surface, a more powerful chlorenchyme and the growth of the content of chlorophylls in its cells. The aforementioned led to an increase in the net productivity of photosynthesis and gross photosynthetic productivity of poppy plants and cenosis in general. Such changes resulted in a more intense formation of structural and reserve carbohydrates - sugars and starch, an increase in the extent of its temporary deposit in the roots and leaves of oilseed poppy plants. The application of a complex of preparations also led to the formation of a more powerful acceptor sphere due to the strengthening of stem branching, an increase in the number of fruits (pods) - the main acceptor of assimilates in the fruiting phase. The growth of the oilseed poppy yield under the action of a mixture of chlormequat chloride and treptolem was determined by changes in the crop structure. Simultaneously with the growth of the number of fruits (pods), the mass of seeds in pods and the mass of thousands of seeds increased as well. The use of a combination of preparations did not lead to a violation of toxicological standards - the content of chlormequat chloride and treptolem in the seed did not exceed the permitted norms. The growth of the yield of poppy seed oil due to the action of chlormequat chloride and treptolem was accompanied by an increase in the seed oil content. The quality of poppy oil grew mainly due to an increase in the proportion of unsaturated fatty acids in it. It is also established that the use of a complex of these preparations resulted in accumulation of narcotic alkaloids - tebaina, morphine and codeine in the phase of waxy ripeness in the pods. The obtained solid results can be of interest to the pharmacological industry.