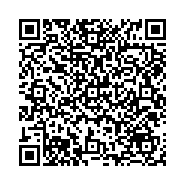 The article presents the results of research on studying the influence of plant standing density and level of mineral fertilization on the productivity of sugar maize of hybrid Moreland F1 on sod-podzolic soils under conditions of Ivano-Frankivsk region. It was found that the highest field germination of seeds was observed in the variant with application of mineral fertilizers in the dose N135P90K125+N60+N30, and the lowest - in the control without fertilizers. Application of mineral fertilizers was favorable for better plant survival, which was 82.5-84.9%. The best indices of harvest structure were provided by the crops of sugar maize under agro-technical complex with nutrition background N135P90K125+ N60+ N30 and plant density 60 thousand/ha, namely: quantitative yield of grain from the commodity cob - 445.2 pieces; dimensions of commodity cob without covers - 17.1 cm in length and 4.3 cm in diameter; weight of commodity cob - in covers 181.6, without covers - 138.7 g; mass yield of grain from the commodity cob - 65.5 g. The highest level of crop yield was achieved with fertilization background N135P90K125+N60+N30 and plant density of 70 thousand/ha, namely 5.56 t/ha.