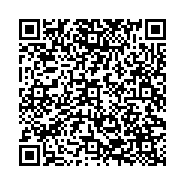 The influence of climate changes on crop yields in Western Ukraine

Increasing the heat resource and limiting the rainfall in the North-Western Forest Steppe of Ukraine resource contributed to a rapid increase in the yield of winter wheat, thermophilic soybeans, and, in particular, maize and other dominant crops. The acreage of these and other thermophilic crops is now larger than in 2000. The purpose of our work was to find out the trends of temperature and humidity in the climate, which determined the crop restructuring and yields in the Ukrainian North-Western Forest Steppe. We use paleoclimatology and paleoecology methodologies with verbal and graphic models and weather data for the Rivne (Ukraine) weather station and data on the structure of acreage and crop yields of the Main Directorate of Statistics of Ukraine in the Rivne region. We conducted field research during 1985–2018 in a stationary field of the Institute of Agriculture of Western Polissya NAAS (Ukraine). The heat supply of landscape agroecosystems has improved significantly. The average annual air temperature has been growing, especially in the period 2003–2018. The analysis of the sums of effective temperatures above 5 and 10 °C since 1961 over five years shows their steady growth. We noted an increase in annual rainfall from 1988 to 1992. They reached 634 mm during 1998–2007, which is 65 mm or 11.4% more than the climatic norm. However, their number decreased in 2013–2018, and in 2018 they were below the norm of 569 mm by 29%. The rapid increase in the sums of effective temperatures created favorable conditions for the cultivation of thermophilic crops such as corn, soybeans, and sunflowers in the Northwestern Forest Steppe. As these crops are rapidly expanding, the acreage structure and the general agro-landscapes in the region are very similar to the Southern Right-Bank Forest Steppe.