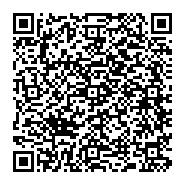 Recently it has been experimentally proved the vital necessity of lithium for the human organism, animals and plants, which was previously considered conditionally essential trace element. The discovery of biological features and the disclosure of biochemical mechanisms of lithium action were served as the basis for its use in veterinary and animal husbandry. In veterinary the preparation of lithium are successfully used for the treatment of various animal diseases, in poultry farming for the prevention and correction of "technological" stresses in poultry, increasing its productive qualities and improving the quality of meat products. Despite of the biochemical variety and practical importance of this trace element, lithium has not yet used enough in poultry feeding due to the lack of optimal norms of its introduction into feed. One of the criteria for evaluating of the nutritional usefulness of lithium, in determining the physiological needs of poultry in this trace element is the metabolism in the organism, in particular proteins. In the physiological experiment, which was carried out with 30-day goslings, the influence of adding of different doses of lithium in mixed feed on nitrogen balance in goslings organism was studied. It was found that the adding of lithium in the mixed feed in doses of 0.05; 0.1 and 0.15 mg/kg increases the intensity of metabolic processes in goslings, as a result are increasing of absorption, reducing of excretion and increasing of nitrogen deposition in the organism by 5.2–8.9%, that promotes the formation of higher productivity of goslings. According to the level of nitrogen deposition and assimilation, the poultry of fourth experimental group was differed favorably from its analogues from the control and other experimental groups, which were fed by mixed feed that had been enriched with lithium in a dose of 0.15 mg/kg. According to the results of one-dispersion analysis, the effect of this dose on nitrogen deposition in goslings organism amounted to 53.9%.