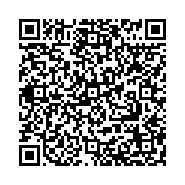 Comparative study of the biodiversity of soil mites between two forests in eastern Algeria-The present workaimed to compare the acarofauna of two forests situated in the eastern of Algiers.One is in a natural state and the other has been human disturbed because it has become like a leisure park. The oribatid mite fauna was extracted from the samples using modified Berlese funnels. As a result of this study,the abundance of mite speciesin the Dellys forest estimated at 695 individuals with a high species richness (24 species) compared to Zemmouri with 241 individuals and a low species richness (20 species).In the Dellys station, the Acaridae family was the most abundant (AR%=51.88%), followed by Scheloribatidae (AR%=11.07%). In the Zemmouri station,the most dominant of the families were Scheloribatidae (AR%=33, 48%), followed by that of Acaridae(AR%=27, 36%).The other families were present with low frequencies.The lowest density of mites was noted in the Zemmouri station 769.6 mites per m² while the highest one was noted in the forest of Dellys with 3735.8 mites/m².Concerning the Shannon-Wienner (H') diversity index, the results demonstrated a large variation in both forestsranging from 2.1 bits to 2.9 bits.

The similarity index was 81%, which means the existence of a similarity between the two environments.In conclusion, the realization of a leisure park within the Zemmouri forest has led to a real consequence in view of the development of the acarofauna of the soil.

The degradation of organic matter in soil is the result of interaction of abiotic and biotic factors. Abiotic factors such as (soil pH, soil structure, temperature, soil moisture content etc.) while biotic factors are, insects, slugs, wormids, collembolans, mites and microflora. These last whichare very good decomposers; they transform organic matter, releasing mineral compounds necessary for plant growth. They consume a lot and have in their alimentary canals a symbiotic microflora, which easily digests organic matter, even those resistant to decay such as cellulose, lignin and chitin (Seniczak, et al.,1978). and often show the greatest decrease in abundance following disturbance (Seastedt and Crossley 1981; Blair and Crossley 1988). Several genera of soil mites are considered good bio-indicators of habitat and soil conditions (Behan-Pelletier, 1999).

The mites are made up of various suborders, including Gamasida, Actinedida, Acaridida and Oribatida, which have been the subject of several studies in the world. Noteworthy is the work on the systematics of soil mites such as those of (Grandjean (1934), ; Krantz, (1978), ; Hammer, (1979) and Balogh and Balogh, (1992). It is worth mentioning the work of (Borcard, 1988) who studied sphagnum oribatid mites in some peat bogs in Upper Jura, Switzerland. (Manu and Honciuc, 2010) follow the ecology of the population of soil mites in urban areas in Romania. The soil microbiology is well detailed by several authors such as (Doivimergues, 1972) who studied the evolution and the agronomic interest of the microbiology of the soil.

The influence of forest stand on the fauna and microflora of soil and humus in the site of the forest of Orleans is followed by (Arpin et al., 1980). The oribatid mites feeding on mycorrhizal fungi are focused by (Schneider and Maraun, 2005). In Algeria some studies are devoted specifically to the systematics and biology of edaphic mites (Grandjean 1934, Athias 1961, Niedbala 1985, Boulfekhar 1998, Fekkoun and Ghezali 2007). Due to the lack of information concerning the richness of our forest soils in microflora and microfauna, it is decided in the present research to make a faunistic study of soil mites in two forests, a natural forest at Dellys and a disturbed forest in Zemmouri. The purpose of this study is to show the influence of human intervention in forest environments on the biodiversity of soil acarofauna that contribute to the decomposition of organic matter. It was decided to use the Berlese apparatus to separate the micro-arthropods from the soil sample.

This work was done at the level of two forests. They were chosen for geographical, climatic and floristic reasons. The first forest is that of Zemmouri which extends over an area of 10 ha it is mainly composed of Aleppo pine (Pinus halepensis) and maritime pines (Pinuspinaster) (36°47'00 "north, 3°36'00"is). It was characterized by the presence of visitors, families for leisure or practice training for athletes. The second station is located in the forest of Dellys (3°31'16"E-36°55'07N), this forest has a surface of 74 ha. It is rarely visited by the gents saw that it is in a place a little isolated. This region contains 85% Aleppo pine (Pinus halepensis), 10% cork oak (Quercus suber L.), and 5% other species including the oyster, lentisk, calico.

The study of soil acarofauna in both forests requires above all soil sampling. Sampling consists of taking soil samples. These were made randomly. They were carried out at the level of the feet of the trees, corresponding to ten samples per month in each forest. The soil is dug up to 10 cm deep for an area of 15 cm. The soil collected was placed in plastic bags, each bearing the date and name of the sampling site. The mites were isolated by means of a Berlese extractor. The samples were placed on a sieve with a mesh of 1 to 2 mm. Everything was installed on a funnel, held vertically by a support. A light source warms and dries the sample gradually, creating a drying gradient (Coineau, 1974). Arthropods that are sensitive to this thermal gradient leak deeply, cross the sieve and slide down the funnel slopes, and finally reach the level of the beaker that contains 70% alcohol. It is recognized that after 4 days, most arthropods eventually leave the soil sample. The contents of the beakers are poured into Petri dishes for the sorting and counting of mites that are done by observation with a binocular loupe. Identification is done through keys such as Krantz (1978), Norton (1990) and Balogh & Balogh (1992). The results on the species caught are exploited using ecological indices; Changes in microarthropod community composition were explored by using percentage relative abundance of microarthropod suborders R.A.%((number individuals in a species/total number individuals) × 100).

The Shannon–Wiever index of evenness was calculated using the formula H′=–Σpi ln pi. where H′ is Shannon’s index and pi is the proportion of individuals found in the ith species. The Shannon–Wiever index has average discrimination ability, is widely used, but is moderately sensitive to sampling effort (Magurran 1988). We used the analysis of the variance (ANOVA) to compare statistically the relative abundances of the families of oribates moth between both forests.

The physicochemical analysis of the soil consists has to take a sample of the soil in every forest. soil taken being solid products will establish(constitute) straightaway thus a solution mother. They will be the object of decimal dilutions, but beforehand it is necessary to proceed to their homogenization by means of crushers stirrers. The determination of the pH is made by Electrometrie, the measure of the pH is made on a suspension of fine soil. The rate of organic matter of a soil was calculated from the measure of the total organic carbon of a sample of fine soil. Organic matters=total organic Carbon × 1,72.

The different soil characteristics of the two stations taken into consideration are shown in Table 1. It should be noted that the percentage of organic matter at Dellys is higher (6.86%) than in Zemmouri (5.81%). The high values in organic matter and organic carbon at Dellys are explained by the fact that the forest is richer in plant species on the one hand and the soil on the other hand has kept its richness because the man rarely frequents this forest.

Table 1. Result of physico-chemical soil analysis in both forests.

According to the results obtained from mites collected using the Berlese apparatus in the Dellys forest (Fig. 1). 695 individuals collected are distributed among 20 species and 18 families. It should be noted that the species Rhizoglyphus sp. is the most abundant in the 4 exits with (N=271 individual A.R.%=38.84%), followed by that of Thiroglyphus sp. with 92 individuals (13,2%). The third position is occupied by the species Scheloribates sp. with 77 individuals (AR%=11.07%). It is followed by Macrochellessp. And Uropoda sp. (AR%=5.4 %). Other species are poorly mentioned.

Diversity measures of Shannon Wienner indicate a higher values in the Dellys Forest, which corresponds to the (H'=3.78-bit) diversity index with 24 species in relation to the Zemmouri Forest, which corresponds to the Shanon Diversity Index. Weaver (H'=2.82 bits) with 20 species. It appears that the Dellys mixedwood forest presents favorable factors for the development of soil mites. In this study, stock values range from 0.46 to 0.84. These high values mean that the numbers of the species present tend to be in equilibrium with each other. The use of variance analysis shows that there is a highly significant difference between mite densities of the two forests. Since the calculated value of F is equal to 5.47 is greater than the theoretical F which is 0.0003 (Table 2).

695 individuals collected are distributed among 24 species and 18 families are noted in Dellys forest. A similar number of individuals is noted by Fekkoun et al. (2014) in a forest that bears the same vegetative type as the forest of Dellys; 666 individuals distributed among 24 species. The relatively high importance of Rhizoglyphus noted in this work confirms the observations of Cortet and Poinsot-Balaguer (2011) who conducted a wet season experiment on micro-arthropods on a soil occupied by an irrigated maize crop. Similarly in Romania in an urban park Scheloribates sp. is reported as very constant (Honciuc and Manu, 2010). Studies by Heungens and Van Daele (1974) show that each manure or litter has its own community of Gamasina with a distinct dominant species. In a similar study to Chréa Ghezali (1996) notes 259 individuals divided between 15 families. Weigmann (2010) notes the presence of three new spwecies of the genus Scheloribates in coastal habitats of Portugal as well and specifically. Ghezali et al. (2011) in the Chréa station note that the Scheloribatidae family is among the top four most frequented families. El-Sharabasy and Ibrahim (2010) in a mango plantation in Ismailia, Egypt stress the dominance of the Scheloribatidae family with 28% in front of Oribatulidae with 24.1% Ceratozetidae with 93 individuals (AR%=5.86% )who rank third. The density of mites per square meter is higher in the Dellys forest with a value of 3735.8 mites/m² . According to Andresen (2003), forest fragmentation and logging also appear to alter the diversity and density of soil macrofauna. According to Athias and Cancela (1976), Wauthy and Lebrun (1980), Wauthy (1981), Noti et al. (2003), Ducarme et al. (2004), Honciuc and Manu (2010), and Illig et al. (2010), the presence of mites depends on soil structure, the presence of organic matter, the type of humus and other abiotic factors such as temperature, humidity and pH. As well as the high density in the forest of Dellys can be explained by the floristic richness of this forest because it is mixed formed by acacia trees, Aleppo pines of the cork oaks and oleasters and other floristic diversities. As a result, a very rich litter is established with favorable humidity for the development of mites, which has been confirmed previously by the authors. The use of variance analysis shows that there is a highly significant difference between mite densities of the two forests. Since the calculated value of F is equal to 5.47 is greater than the theoretical F which is 0.0003 (Table 2).

The results obtained show a very large difference between the two forests studied. The acarofauna population collected in the Dellys Forest is recorded population in the Zemmouri Forest. In the same way the inventoried wealth is of 24 species in the forest of Dellys and 20 species in the forest of Zemmouri. This low wealth is due to human intervention, the environment has become disrupted by the people who often visit this forest and sometimes they pollute the environment by their disasters. The acarofauna of this forest is very much influenced by this disturbance.

Heungens, A., et Van Daele, E. (1974). Evolution of the soil fauna in begonia culture by repeated applications of dichloropropane-dichloropropene, Agriculture and Environment, 1:251-258.

Hammer, M. (1979). Investigations on the Oribatid fauna of Java.