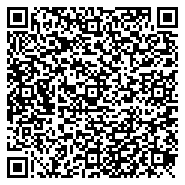 Udder morphology is an important trait to consider for both dairy and meat sheep production systems (Pourlis, 2011; Pourlis, 2020; Martinez, et al., 2011). The characteristics of the udder and teats can affect milking ability (whether being milked by hand, by machine or by suckling lambs), disease incidence (such as mastitis) and production levels (both milk and meat).

The morphology of a ewe’s udder has been well researched for dairy animals and in recent years interest has also grown in terms of those reared primarily for meat production. Depending on the type of system (dairy or meat) there may be differences in specific trait preferences. Reasonably full, spherically shaped and deep udders are often preferred as an indication of good milk production (Pieramati, et al., 2011), but only to an intermediate level: udders that become too deep are harder to milk, harder for lambs to access and often more prone to injury. The attachment of the udder at the top and the floor to the abdomen should be wide and strong. Other examples include the placement and size of the teats. The preferred teat placement and angle, in dairy systems, allows easier access for mechanical milking, whilst still allowing lambs to suckle. In meat systems (Martinez, et al., 2011) the main priority is to allow lambs to suckle, but other features such as protection from weather elements are sometimes often considered important as well. The size of the teat is also an important trait to consider because teats that are too big or too small may not fit the mechanical milking cup or influence how easily lambs attach to suckle.

The evaluation of udder morphology can be performed by both direct measurements and the subjective assessment of various traits, relating to morphology, using linear scoring systems (Dzidic, et al., 2004). A number of different scoring systems have been developed concentrating on both udder and teat related traits, which are simple to score and repeatable, such as: udder depth, udder furrow, udder attachment, teat placement, teat angle and teat shape to name just a few examples. In most dairy sheep breeding schemes the four characteristics of the udder that are considered most important are: udder depth (or height of the udder-recorded as the distance between the posterior insertion and the base of the udder), udder insertion (perimeter of the udder insertion to the abdominal wall), teat angle (angle of insertion of the teat with respect to the vertical) and teat length (from the insertion in the gland to its tip).

A number of European dairy sheep breeds have now included udder morphology traits into their breeding programmes, with some meat breeds also starting to take interest.

The impact of unfavourable udder morphology can be substantial in both dairy and meat sheep systems. Problems associated with poor morphology and milking systems include slowing down parlour throughput, injury from changes in milking pressure or over milking, and infection. Similarly, if the morphology of the udder is poor in meat producing systems, lambs will not be able to suckle properly, thus affecting their growth rate and potentially injuring and introducing infection to the ewe. When the morphology of the udder is more favourable, ewes will be less prone to infection, remain in the flock longer, culling and replacement rates will be reduced, and production levels in terms of milk and meat will be improved.

We determined the morphology of udder in ewes of 3 purebred breeds (Tsigai-T, Improved Valachian-IV and Lacaune-LC) and 5 types of crosses created on the basis of them (number of ewes=286; some ewes were measured several times) during the milking period 2002-2004. We evaluated following traits on a 9 points linear scale: udder depth (UD-LA), depth of cistern (DC-LA), teat position (TP-LA), teat size (TS-LA), udder cleft (UC-LA), udder attachment (UA-LA) and general shape of udder (GSU-LA). We measured: udder depth (UD-mm), depth of cistern (DC-mm), length of teat (VC-mm) and angle of teat (PC-degree) by means of measuring tape and protractor. We recorded also selected parameters that characterize milk yield and milkability of ewes in individual control measurements. We studied the following parameters (in ml): amount of milk milked by machine within 30 and 60 seconds (MY30S; MY60S); machine milk yield (MM), machine stripping (MS), total milk yield (TMY), and percentage portion of machine stripping (PMS), portion of MY30S out of TMY (PMY30S) and portion of MY60S out of TMY (PMY60S). To analyse primary data of all variables (583 measurements with each parameter) we used the linear model with fixed effects; we took into consideration the factor genotype (8 levels), parity (3 levels), control year*period of milking (6 levels) and DIM as covariable. Partial correlation coefficients were calculated on residuals after the data adjustment by the mentioned linear model of covariance analysis. Statistical package of SAS programmes (SAS/STAT, 1999-2001), GLM and CORR procedures were used for calculation.

Table 1. Estimates of mean values (LSM) of selected morphological and functional traits of udder in sheep in dependence on their genotype.

Table 2 shows that udder depth is in highly significant correlation with machine milk (r=0.296 and/or 0.314) as well as total milk yield (r=0.465 and/or 0.518; P<0.001) and with milk amount milked within 30 and 60 seconds as well. Portion of machine stripping is highly significantly influenced by teat size (r=0.177 and/or 0.113; P<0.001). The larger the teat was the higher was the portion of machine stripping. Teat position did not influence PMS in our experiment. By contrast, both milk yield (MM, TMY) and milkability (MY30s, MY60s, PMS) were highly significantly dependent (Table 2) on udder attachment and on general teat shape (P<0.001).

Table 2. Residual correlations among traits of milkability and linear assessment and measures of udder in sheep.

The better was teat attachment the lower was PMS (r=-0.205; P<0.001) and the better was evaluation of general udder shape the lower was PMS (r=-0.141; P<0.001). Our results show that improvement of native breeds T and IV using the LC breed increases not only the size of udder but also milk production (MM and TMY) in the created crosses. However, mainly teat position deteriorates in connection with cisterns of udder growing larger. Traits related to milkability (PMS, PMY30s, PMY60s) are slightly worse in crosses than in purebred T and IV ewes, the worst being in LC breed.

From the said follows that in Slovakia it will be necessary to use also data from linear assessment of udder (mainly UD, TS, UA and TP) in breeding of milk sheep.

Pourlis, A. (2011). A review of morphological characteristics relating to the production and reproduction of fat-tailed sheep breeds. Tropical Animal Health and Production, 43:1267-1287.