Environmental Assessment The Coastal Aquatory Of Kuialnik Estuary: Microphytes, Zoobenthos, Diversity Of Microbiota In The Water And Peloids | Abstract 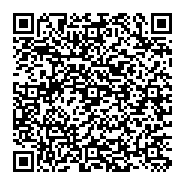 Environmental Assessment The Coastal Aquatory Of Kuialnik Estuary: Microphytes, Zoobenthos, Diversity Of Microbiota In The Water And Peloids

We determined the concentration of macro- and microelements, such as: sodium, potassium, calcium, phosphorus, magnesium, iron, chlorides. We have also measured the concentration of hydrogen ions (pH) and nitrogen of urea in samples of water and peloids which were taken from different places of Kuialnik estuary including territories around of such villages: Kotovka, Iliinka, Kovalevka, Novo Kovalevka, Belyayevsky district of Odessa region and such villages as: Korsuntsev, Krasnosilka, Kominternivskiy district of Odessa region. It was found that concentration of sodium and chlorides was high and increased from southern area to the northern part of Kuialnik estuary where volume of water is lesser. Hydrochemical investigation showed that concentration of macro- and microelements in the deep soils (peloids) was lesser than in water samples and soils taken from the bottom of estuary. Investigation of tissue homogenates of brine shrimp (Artemia salina) showed high enzyme activity of lactate dehydrogenase, alanine aminotransferase, aspartate aminotransferase, alkaline phosphatase. The same biochemical parameters tested in biomass of blue-green algae (cyanoprokaryota), unicellular algae Microcystis sp. where high activity of alkaline phosphatase and high concentration of calcium, potassium and iron were registered. We studied the following microbiota: ferro-oxidizing bacteria (destructors of iron), manganese-oxidizing bacteria (destructors of manganese), sulfate-reducing bacteria, mycobacterium, thiobacteria and representatives from some other microbial groups in the water and peloid samples. Such integrated environmental investigation allowed to assess the environmental situation in different plots of the Kuialnik estuary more properly and complete.