Harnessing the resource potential of wetlands: the environmental context | Abstract 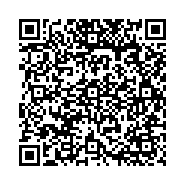 Harnessing the resource potential of wetlands: the environmental context

The main mistakes in understanding the importance of swamps for humankind are highlighted. In historical retrospect, different approaches to the development of wetlands were shown, the inexpediency of their total drainage in the former Soviet Union was revealed, as well as the erroneous popularity of this method in other countries, in particular, this applies to the "Vorpommern-Initiative Paludikultur" and "Gidrovia" projects. The hypothesis of an increase in oxygen in the air due to the disposal of organic carbon in wetlands is shown. The types of swamps that exist in Ukraine are given on the example of the Zhytomyr region. The main benefits that can be gained from the use of these elements of the landscape were noted. Determining the circumstances of occurrence in certain areas of each individual swamp was emphasized, ensuring its further optimal use. It was shown how the drainage of Iran's swamps led to anthropogenic desertification of lands. The importance of such a natural resource as peat for the economy of Ukraine was explained, the main areas of its application were shown, which include: medicine, cosmetology, energy, chemical, woodworking, paper industry, metallurgy, agriculture. Ukraine's participation in international agreements and conventions aimed at protecting wetlands was analyzed. Since Ukraine's independence, it has been proven that activities to preserve wetlands as a unique part of the hydrosphere have intensified significantly. The European Union's approaches to wetland conservation have been outlined, and it has been shown that this problem is taken into account in the formulation of the Community budget to encourage farmers to save the country's wetlands. Innovative methods of use and restoration of bogs were investigated; in particular, achievements of selection and agricultural technologies in this direction are meant. The importance of preserving wetlands because of the state of ecology in Ukraine was proved, and the need to study the best ways they used in EU countries for their further application in Ukraine.