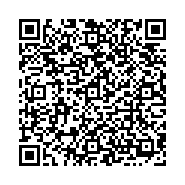 The steppe plant species play an important role in ruminant feeding systems. It becomes necessary to put precise methods to evaluate the fodder quality of these pastures. The purpose of this study was to evaluate the pastoral productivity (PP) expressed in UF/ha and the pastoral value (PV) expressed in the form of a note or score then to fix the load per hectare to avoid the regressive synergy of the steppe ecosystem, providing proteins to satisfy the basic needs of the Algerian human economy. The research was carried out on Touchent pastures, located in Khenchela Wilaya in North-Est of Algeria. Which was undertaken during two seasons (Autumn, Spring) over 4 campaigns. The study area was dominated by Stipa tenacissima, Artemisia herba alba, Thymus algeriensis and Genista quadriflora. The linear surveys in 5 selected stations of 100 m2, Pastoral productivity (PP) and the pastoral value (VP) were been calculated. The obtained results, showed that the nutrient composition of species during both seasons were very close. Generally, there was a slight difference between species during the same season, there was a difference in chemical composition between perennial species and annual species during Spring (Annual plants have the heist values). We note from this study that the pastoral value depends on the duration of the protection, the degree of degradation and the rainfall. The measures of pastoral productivity (PP) and pastoral values (PV) present a highly significant correlation between them. Indeed, the determination of the load per hectare contributes to the preservation, rational exploitation and sustainability of natural steppe rangelands.