Spatial ecology of raptors in an urban wetland: A case study from Bolgoda Lake, Sri Lanka 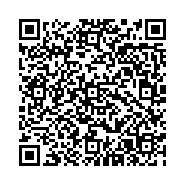 Spatial ecology of raptors in an urban wetland: A case study from Bolgoda Lake, Sri Lanka

Despite their significance in food webs, little is known about the spatial ecology of raptors in urban areas and their habitat use in wetland-associated habitats is scarcely investigated. This research aimed to study the distribution of raptors and habitat use in a wetland that is under anthropogenic influence. Occurrence, diversity, and habitat use of raptors were investigated in three different habitat types: vegetated, edge, and open water. Nine raptor species representing nearly 33% of all raptors in Sri Lanka were found to be inhabiting the wetland where the family Accipitridae had the highest diversity. Edge habitats supported the highest species diversity. This study serves both to highlight the importance of urban wetlands as a home for raptors and to emphasize the contribution of anthropogenic habitat alterations toward increased raptor diversity in edge habitats.

Raptors occupy the highest niches in a food web (Ostfeld and Keesing, 2000) and represent a significant group of avifaunal biodiversity. Although they require special habitat characteristics to live (Arriaga-Weiss et al. 2008; Thiollay, 2007) studies focus on spatial ecology and habitat use of raptors are sparse. Even though less common and diverse than other birds (Khamcha et al. 2018; McClure et al. 2018), raptors occupy a wide array of habitats such as forests, grasslands, deserts, coastal areas, wetlands, and urbanized areas (Almpanidou et al. 2020; Martínez-Ruiz et al. 2020). For instance, as raptors are considered an umbrella species and their protection act upon many other species the areas which have a high density of raptors support higher biodiversity levels than ones with a low density of raptors (McPherson et al. 2021; McClure et al. 2018; Rodriguez et al. 2018).

Birds, including raptors, are highly influenced by human-induced landscape alterations as they are sensitive to environmental changes (Cooper et al. 2021; McCabe, 2018). Prey diversity and habitat heterogeneity among other factors play an important role in the distribution, status, and diversity of raptors in an ecosystem (Grande et al. 2018; Sanchez-zapata and Colvo, 1999). Urban and suburban landscapes act as suitable habitats for raptors by providing their key requirements such as food resources, nesting habitats, and breeding grounds (Natsukawa, 2021; Palomino and Carrascal, 2007; Chettri et al. 2005). For instance, a high diversity of small mammals such as rodents are readily available in urban landscapes which could attract raptors to these areas in the highest proportions (Kettel et al. 2018).

The current study focused on raptors in Bolgoda Lake which is the largest freshwater wetland in the country (IUCN and CEA, 2006) and this ecosystem is under immense anthropogenic pressure. The wetland and the surroundings are experiencing habitat fragmentation, land clearing, water pollution, unsustainable constructions, and overexploitation of resources. Several birds including endemic and migratory species have been recorded in the wetland (Kotagama and Bambaradeniya, 2006). Raptors are one of the least studied avifaunal groups in Sri Lanka and their occurrence in urban areas remains poorly understood. Therefore, this study aims to investigate the diversity of raptors in association with an urban wetland and within its different habitat types, i.e., vegetated areas, open waters, and edges.

The Bolgoda wetland is located between 06.40°-06.48°N; 079.55°-079.58°E in the Western Province, Sri Lanka (Fig. 1). Three habitat types were selected after a preliminary visit to the study location according to landscape characters: vegetated, edge, and open water areas. Two study sites were selected for each landscape character during the study. Each habitat type was characterized by the presence of one of the prominent characteristics either vegetation or water in an arbitrary circle of 50 m of the radius of a circle. Vegetated habitat: defined as an area consisting of 90% of vegetation and plants dominated with mangrove species Sonneratia caseolaris, Nypa fruticans, Annona glabra, Pagiantha dichotoma, Acrostichum aureum. The tree cover extends from the ground layer to the emergent layer with trees with a maximum height of 50 m.

Edge habitat: the transitional landscape between open water areas and human habitation which consists of 50% of water areas and 50% of human settlements. This area accommodates houses and surrounding home gardens and other anthropogenic activities including small industries and commercial units. Tree cover extends up to 10 m with few isolated trees but is well represented by herbaceous layer dominated with Syzygium caryophyllatum, Lantana camara, Nypa fruticans, and Eichhornia crassipes. Open spaces without understory vegetation and bushes with scanty distribution are common due to extensive clearance of tree cover.

Open Water habitat: an area that consists of 90% water and consists of several floating and submerged aquatic plants including Nypa fruticans and Eichhornia crassipes. However, the indication of eutrophication due to unsustainable human activities was apparent. Discharge of domestic wastewater, agricultural runoff, industrial effluents, and garbage dumping sites have contributed to affect water quality.

Data collection was carried out weekly from January to May 2021 from 6.00 am to 8.00 am and 4.00 pm to 6.00 pm in each study location. Raptors were surveyed and counted using two methods, i.e. the absolute method and the relative method (Bezzalla et al. 2019). Bird counts were taken from each study site until the detectability curve is relatively flat (McCracken, 1993). Birds were identified using direct observations and bird calls and standard bird guides were used for identification.

Species abundance, species richness, Shannon Weiner diversity index, and the dominance index of Berger-Parker (d) were calculated for all sites to understand the status of the bird diversity. The indices of specialization of raptors were calculated by using the Gini coefficient for each study site (Morelli et al. 2019; Morelli et al. 2020). The specialization index can assume values between 0 and 1, representing low to high specialization, respectively. Phenological status, Frequency of occurrence, and protection status were assessed to understand the ecological significance of the raptors in the wetland.

The phenological status of species in the study sites was divided into three classes defined as Breeding Resident (BR), Migrant (M), and Occasional Visitors (OV). The Frequency Of Occurrence (FO) was determined by the number of surveys in which the species occurred divided by the total number of conducted surveys (Dajoz 2006; Manica et al 2010). Birds were ranked from (I) to (V) to express their FO i.e., (I) Occasional species (<20%), (II) rare species (20%-39%), (III) common species (40%-59%), (IV) constant species (60%-79%) and (V) abundant species (80% or more) of the conducted surveys (Bezzalla et al 2019). Protection status was determined according to the IUCN red data list (IUCN 2012). We have statistically compared study sites using a one-sample T-test on log-transformed data with SPSS version 20 (IBM Inc 2020) and the significance level was set at P=0.001.

Table 1. Nature of the study sites.

Table 3. Frequency of occurrence of raptors in each study site.

The highest species abundance was observed in edge habitats, Site 3 (55) and Site 4 (58). The highest number of species and the highest species diversity were observed in Site 3 (6 species). The Dominance Parker Index for the raptor community was highest in Site 6. The highest value for Gini-coefficient was obtained from Site 5 (0.7) (Table 4). The results of the t-test indicate that there is a significant difference in species diversity among three habitat types in the Lake (P <0.001).

Table 4. Diversity indices for raptor community in each study site.

Nine species belonging to two families were observed during this study indicating that the Bolgoda North Lake area is an important breeding, roosting, and feeding habitat for several raptors. This is the first study that reports the diversity and habitat use of raptors in an urban wetland in Sri Lanka.

We observed a significant increase in the abundance of raptors occupied in edges comparing the other sites which could be related to the availability of nesting and feeding opportunities. Although habitat fragmentation and other human activities have adverse impacts on species (Gardner et al. 2019), it could provide new habitat opportunities by acting as a new ecotone between two different habitats. This edge effect could favor an increase in diversity of species providing suitable conditions for survival (Paquet et al. 2006; Fahrig, 2003). Substantially, the relationship between raptors and altered habitats plays an important role as it directly influences the increase in the abundance of raptors in these areas (Sumasgutner, 2020). We observed that several raptors used edge habitats for feeding (Brahminy Kite, Crested Serpent Eagle, White-bellied Sea Eagle, and Shikra), breeding (Brahminy Kite), and nesting (Common Krestle). Alternation of habitats due to the construction of hotels and other infrastructure development in the area has created novel habitats that attract raptors. This can act as a positive factor to facilitate raptors for their survival. Further, garbage dumping sites and cultivation lands can positively influence the food availability for raptors (Boal, 2018). In this regard, raptors may have other benefits living in urban landscapes with human proximity in terms of availability of food, water, and protection against predators and parasites (Møller and Díaz, 2018; Carrete et al. 2016; Evans et al. 2011).

In this context, the preservation of natural raptor communities using in-situ conservation methods is more beneficial than rather the use of ex-situ conservation strategies. Further studies should be carried out to understand the diversification of raptors in habitat edges and the ecological significance of this phenomenon to conserve the raptors in the Bolgoda North Lake area. Our results indicate the regional importance of Bolgoda North Lake as an Important Bird Area “IBA”. However, there were few limitations of this study as the species most visible were wide-ranging and difficult to distinguish breeding pairs. On the other hand, some species may have had only a part of their home range overlapping the study area and have a low probability of being accounted for in the study. Further, we have carried out this study from January to April 2021 and it covered only one migratory season of the birds. Therefore, a long-term study should be carried out using this preliminary data to confirm the distribution, abundance, and diversity of the raptors in the wetland area.

In summary, the current study provides important insights into the diversity and habitat use of raptors in an urban area and presents evidence of how these birds have responded positively to habitat alternation creating the edge effects. Similarly, out of 31 raptors of Sri Lanka, Bolgoda North Lake is home to 9 species highlighting its significance as an important habitat for breeding, nesting, and stopovers. As raptors can act as an umbrella species in a selected ecosystem, proper wetland management strategies could conserve raptors and in turn other birds. The findings of our study call for more investigations on raptors and their ecological needs which are essential for the conservation of these charismatic predators.

Kotagama, S.W., Bambaradeniya, C.N.B. (2006). An overview of the wetlands of Sri Lanka and their conservation significance. National Wetland Directory of Sri Lanka, pp:7-16.

Martínez-Ruiz, M., Arroyo-Rodríguez, V., Franch-Pardo, I., Renton, K. (2020). Patterns and drivers of the scale of effect of landscape structure on diurnal raptors in a fragmented tropical dry forest. Landscape Ecology, 35:1309-1322.